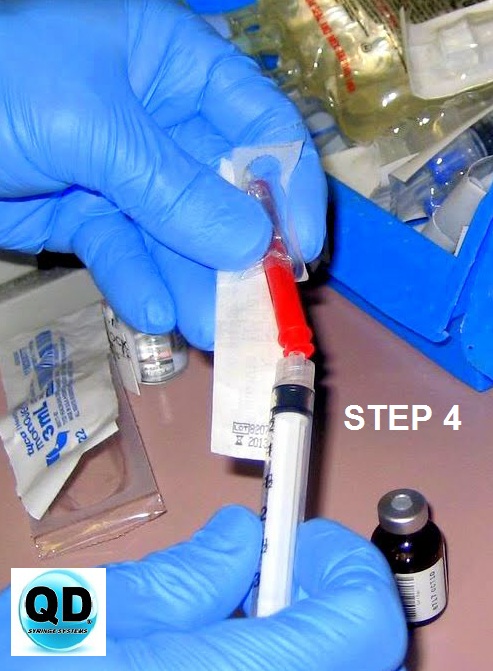 A needlestick injury is a percutaneous piercing wound typically set by a needle point, but possibly also by other sharp instruments or objects. Commonly encountered by people handling needles in the medical setting, such injuries are an occupational hazard in the medical community. These events are of concern because of the risk to transmit blood-borne diseases through the passage of the hepatitis B virus (HBV), the hepatitis C virus (HCV), and the Human Immunodeficiency Virus (HIV), the virus which causes AIDS.

Despite their seriousness as a medical event, needlestick injuries have been neglected: most go unreported and ICD-10 coding is not available.  On the other hand, as needlesticks have been recognized as occupational hazards, their prevention has become the subject of regulations in an effort to reduce and eliminate this preventable event.

Needlestick injuries are a common event in the healthcare environment. When drawing blood, administering an intramuscular or intravenous drug, or performing other procedures involving sharps, the needle can slip and injure the healthcare worker. This sets the stage to transmit viruses from the source person to the recipient. These injuries also commonly occur during needle recapping and as a result of failure to place used needles in approved sharps containers. During surgery, a surgical needle may inadvertendly penetrate the glove and skin of the surgeon or assistant. Penetrating accidents of the surgeon or assistant with the scalpel or other sharp instruments are also handled as a needlestick injury. Generally needlestick injuries cause only minor bleeding or visible trauma, however, even in the absence of bleeding the risk of viral infection remains. Scalpel injuries tend to be larger than a needlestick. In turn, a needlestick injury may also pose a risk for a patient if the injured health professional carries HBV, HCV or HIV. Needlestick injuries are not limited to the medical community. Any environment where sharps are encountered poses a risk.

The frequency of such events has been estimated to be about 800,000 cases in the USA alone (1999 report) Another investigation estimates the rates of injuries on a global level to affect about 3.5 million individuals.  Among healthcare workers nurses and physicians appear especially at risk; an investigation among American surgeons indicates that almost every surgeon experienced at least one such injury during their training.  Within the medical field specialties differ in regard to the risk of needlestick injury, thus surgery, anesthesia, ENT, internal medicine, and dermatology tend to show relatively high, and radiology and pediatrics relatively low rates of injury. Half or more events may go unreported as injured healthcare workers may not take the time to report, downplay the risk, or fear stigmatization and professional consequences.

Needlestick injuries may occur not only with freshly contaminated sharps, but also, after some time, with needles that carry dry blood. While the infectiousness of HIV and HCV decrease within a couple of hours, HBV remains stable during desiccation and infectious for more than a week.

Needlestick injuries are of significant concern to police workers. In San Diego 30% of police workers reported such injuries typically when searching suspects.

While needlestick injuries have the potential of transferring bacteria, protozoa, viruses and prions, from a practical point the transmission of the hepatitis B and hepatitis C viruses and the Human Immunodeficiency Virus (HIV) is important. It is estimated that annually as a consequence there are 66,000 infections with HBV, 16,000 with HCV, and 1,000 with HIV worldwide.  In addition, a needlestick injury may lead to significant stress and anxiety for the affected injured person. Taking care of a needlestick injury is costly, estimated to be about $ 2,500 in the short term in the US.

Hepatitis B carries the greatest risk of transmission, with 37 to 62% of exposed workers eventually showing seroconversion and 22 to 31% showing clinical Hepatitis B infection.  The hepatitis C transmission rate has been reported at 1.8%, but newer, larger surveys have shown only a 0.5% transmission rate. The overall risk of HIV infection after percutaneous exposure to HIV-infected material in the health care setting is 0.3%.

The specific risk of a single injury depends on a number of factors when the patients harbor the virus of concern. Injuries with a hollow-bore needle, deep penetration, visible blood on the needle, a needle that was located in a deep artery or vein, or with blood from terminally ill patients are known to increase the risk for HIV infection.

While the vast majority of needlestick injuries occur when the source-person does not carry the HBV, HCV, and HIV and thus do not carry a risk of infection, these events nevertheless cause stress and anxiety and signal a breakdown in protocol and prevention.

Preventive steps can be taken at several levels and include reduction or elimination of use of sharps as much as possible, engineering controls (i.e., needles or syringes with safety devices), administrative controls including training and provision of adequate resources, and work practice controls; the latter may include using instruments (not fingers) to grasp needles, load scalpels, and avoiding hand-to-hand passing of sharp instruments also preparing of medications especially removing cap. Removing cap from a needle generally causes needle stick injury. There are several ways to remove the cap from the needle but the most ideal and safest way to remove the cap is by carefully grasping the syringe and guiding the needle cap using the thumb and the pointing finger. Then gently push the cap away from the syringe to detach the cap from the hub. In this way needle stick injury can be prevented by avoiding the incidence of the rebound effect. Do not use the other hand as it increases the likeliness to have the syringe to rebound.  Engineering advances include the development of safety needles and needle removers. The adherence to "no-touch" protocols that eliminate direct contact with needles in their use and disposal greatly reduce the risk of injury. In the surgical setting blunt-tip suture needles are able to reduce needlestick injuries. The American College of Surgeons (ACS) has endorsed the adoption of blunt-tip suture needles for suturing fascia.

Some countries have enacted legislation to protect healthcare workers. In the US, the Needlestick Safety Act was signed in 2000 and Bloodborne Pathogens Standard in 2001. These regulations mandate the use of safety devices and needle-removers with any sharps or needles. Discarded sharps enter the medical waste stream.

After a needlestick injury, certain procedures must be followed to minimize the risk of infection for the recipient. The affected area should be rinsed and washed thoroughly with soap and water; the practice to "milk out" more blood is controversial and not recommended by the CDC. Lab tests of the recipient are obtained for baseline studies: HIV, acute hepatitis panel (HAV IgM, HBsAg, HB core IgM, HCV) and for immunized individuals HB surface antibody. Unless already known, the infectious status of the source needs to be determined by checking for HBsAG, anti-HCV, and HIV antibody. Unless the source is known to be negative for HBV, HCV, and HIV post-exposure prophylaxis (PEP) should be initiated, ideally within one hour of the injury; typically this is done in the emergency department or the occupational health office. Guidelines for PEP have been updated over recent years in view of the introduction of new drugs, and protocols may differ somewhat between countries.

Current CDC guidelines call for the administration of hepatitis B immune globulin (HBIG) and/or hepatitis B vaccine. While the efficacy of the combination as not been evaluated in the needlestick injury setting, it has been shown to be the most efficacious approach in the perinatal setting. The approach has no contraindications during pregnancy and lactation.


CDC guidelines acknowledge that there is no active PEP for HCV, only recommendations intended to achieve early identification of chronic disease and, when detected, referral for evaluation of treatment options. According to the CDC identification of acute infection with HCV may not necessitate active intervention. However, there is some evidence that treatment with interferon alfa-2b may be beneficial preventing chronic hepatitis.


CDC guidelines generally recommend a PEP protocol with 3 or more antiviral drugs, when it is known that the donor was HIV positive; however, when the viral load was low and none of the above noted risk factors are met, the CDC protocol utilizes 2 antiviral drugs. Such a 2 drug protocol should also be considered when the donor status cannot be determined (i,e injury by a random needle in a used sharps' container), but there is an increased risk that the source was from a risk group for HIV. PEP drugs for prevention of HIV infection are given for 4 weeks and may include nucleoside reverse transcriptase inhibitors (NRTIs), nucleotide reverse transcriptase inhibitors (NtRTIs), nonnucleoside reverse transcriptase inhibitors (NNRTIs), protease inhibitors (PIs), and a single fusion inhibitor. PEP anti-HIV regimens are accompanied by significant side effects and their utilization is not indicated when there is evidence that HIV transmission is not involved; also, initiated protocols can be stopped when data appear indicating that the source-person is HIV-negative. Regardless whether PEP is instituted, follow-up of exposed individuals includes counseling and HIV testing by enzyme immunoassay to monitor for a possible seroconversion for at least 6 months after exposure. Such tests are done at baseline, 6 weeks, 12 weeks, and 6 months, and longer in specific circumstances, such as co-infection with HCV.