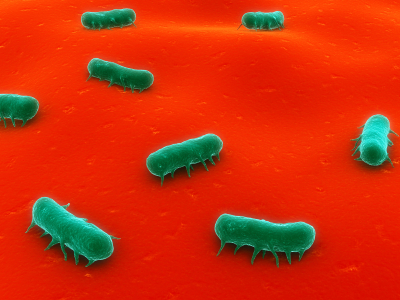 Nationally-acclaimed researcher and award-winning author Dr. Cynthia C. Chernecky warned in a speech at the 11th National Conference on Cancer Nursing Research that silver treated IV connectors could actually cause potentially deadly infections they were supposed to prevent.

Presenting to the Oncology Nursing Society and American Cancer Society, the nation’s highest-level conference on oncology nursing, Dr. Chernecky’s podium address was a wake-up call to leaders in the nursing profession in attendance.  A professor of Physiological and Technological Nursing at Georgia Health Sciences University, Dr. Chernecky was invited to deliver her remarks in one of the conference’s prestigious podium presentations.  She is author of 30 books on nursing, including one on “Advance and Critical Care Nursing” that won the distinguished American Journal of Nursing “Book of the Year” Award.

Asked in an interview following her talk how silver-coatings received FDA clearance, Dr. Chernecky said the FDA was presented with evidence from the manufacturers that their silver treated needleless IV connectors were effective in killing bugs.  But when blood comes in contact with the silver coated or impregnated fluid pathway components in practical use, the silver loses its bug-killing capability and an intraluminal or biofilm condition is created that actually nourishes bacteria.

“The FDA should consider requiring a blood component test protocol when evaluating needleless IV connector products, just as if you were testing a coffee maker you’d want coffee in it to see how good it brews.”

Studies also associate negative displacement needleless IV connectors with higher CRBSI rates, she said, due to higher rates of occlusion. Studies have shown that positive and negative displacement connectors appear unable to control bacterial growth, which may be due in part to the bacteria-nurturing effect of blood reflux within the catheter lumen and the dead space within many of the IV connector fluid pathways that entrap blood and are difficult to effectively flush.

Dr. Chernecky noted in the last 21 years only one new technology-based needleless IV connector has emerged, an intraluminal protection device (IPD) from RyMed Technologies, a company that has been struggling to penetrate a hospital market dominated by older IV connector systems with either positive or negative displacement.  RyMed’s device has zero displacement and therefore is not subject to blood reflux, which may help explain its effectiveness in reducing infections to zero or very near zero at hospitals, home infusion and extended care facilities where it’s in use. One of the leading hospital-acquired infections, CRBSI is fatal in up to 25% of cases.