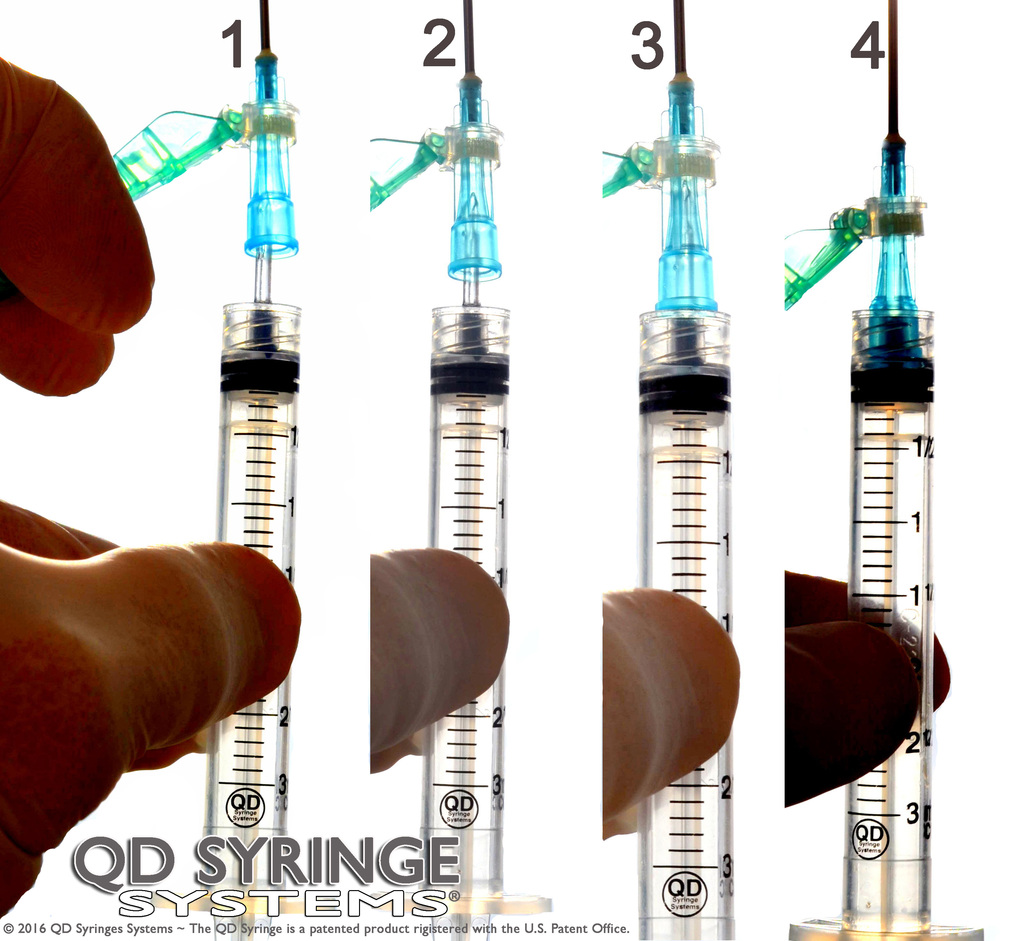 QD Syringes are the next generation of basic disposable plastic syringes with detachable injection hubs with needles. The QD Syringe does not need a detachable draw needle to draw fluid inside of its barrel. The QD Syringe has an integrated poly-carbonate tip with Gly Flo Technology to accomplish this task. The QD Syringe is a low dead space syringe and has the sharpest needles of any injection syringe available.

The QD Syringe works by being functional right out of it’s package. It is the only syringe that is able to draw fluid into itself. Then the appropriate steel needle gauge and length is attached over it’s tip and a virtually painless injection is given.